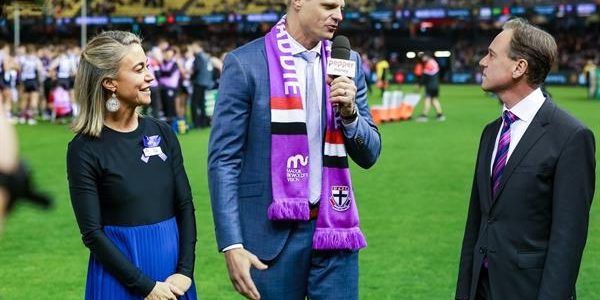 The organisation, which is dedicated to ultimately finding a cure for bone marrow failure syndromes, is named after the late Maddie Riewoldt.

Maddie, the sister of AFL legend Nick Riewoldt, died in 2015 at age 26 after a five-year battle with aplastic anaemia, a rare disorder where a patient’s bone marrow doesn’t produce enough blood cells.

The funding will support at least three new medical researchers over three years to undertake vital research and clinical trials in Australia into better treatments and ultimately cure for bone marrow failure.

It will also go to clinical trial infrastructure and allow researchers to access novel therapies and potentially save the lives of the patients afflicted with these diseases.

Bone marrow failure syndromes are a group of rare disorders where a person’s bone marrow doesn’t produce enough blood cells for normal life. The most common of these is aplastic anaemia.

Patients with bone marrow failure syndromes have a high risk of developing cancer, including leukaemia and certain solid tumours. The disorder can be inherited or acquired.

It is estimated 160 young Australians are diagnosed with bone marrow failure syndromes each year, half of whom will not survive.

The few treatment options available are not well tolerated by patients, and place a significant burden and major disruptions on them and their family.

A greater understanding of these conditions and new therapies will bring much-needed hope to people suffering from the disorder and that is why medical research is vital.

Maddie Riewoldt’s Vision was founded by the Riewoldt family after Maddie’s tragic death.

I thank her brother Nick Riewoldt, chair of the foundation, for his dedication in pursuing a cure on behalf of his sister Maddie, and offering hope to other Australian patients.

This investment builds on Australian Government funding of more than $1.7 million to fund a Monash University trial of a new treatment, avatrombopag, together with bone marrow lab studies and genomics assessments to help better understand and treat aplastic anaemia.

All Australians benefit from investment in health and medical research, with the
2018–19 Budget delivering a record total of $6 billion to the sector.