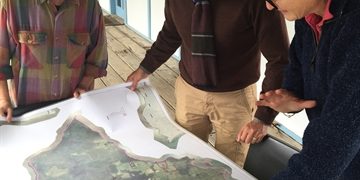 French Island is one step closer to eradicating feral cats through a community-driven plan to make the island a safe haven for wildlife by 2020.

The Turnbull Government has committed $160,000 to rid the island of feral cats and protect native wildlife.

French Island is one of five priority islands aiming to become feral cat free by 2020.

Each of these spectacular ‘island arcs’ is home to nationally-threatened species, many of which are falling prey to feral cats.

Feral cats have directly contributed to the extinction of more than 20 mammals since first arriving in Australia, and they continue to wreak havoc.

They pose a threat to around a third of our threatened mammals, reptiles, frogs and birds. We need new tools, approaches and partnerships to limit their impact.

French Island is Victoria’s largest island and is completely fox free, with 70 per cent of the island declared a national park.

Species such as the eastern barred bandicoot, eastern curlew, swift parrot, orange bellied parrot and hooded plover will benefit from this plan to make French Island a safe haven for wildlife.

The French Island community is passionate about its wildlife and willing to champion the cause of native species.

The community is already working hard to tackle feral cats and, in partnership with Parks Victoria, has removed more than 850 feral cats over the last five years.

This ongoing commitment has reduced feral cat numbers to a point where eradication is now feasible.