Australia forges ahead in scientific research in Antarctica 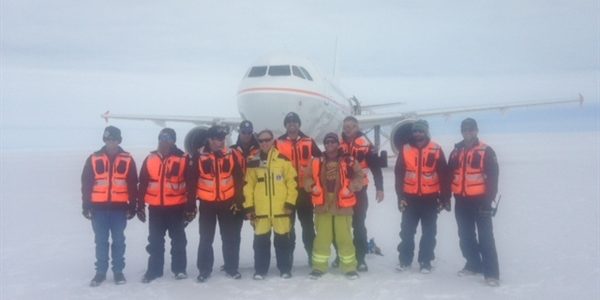 I was privileged to have the opportunity to go to Antarctica recently to see the scientific research being conducted there.

As Minister for the Environment, I have responsibility for Australia’s Antarctic policy.

The visit was a tremendous chance to see how the Australian Antarctic Division works and the research being conducted there.

I took part in an ice core drilling demonstration and discussed the studies being conducted into Australia’s climate history.

My priority is to protect Antarctica, not just for decades but for generations.

We recently signed a Memorandum of Understanding between Australia and China for co-operation in Antarctica. This is a tremendous breakthrough.

Before the election, the Coalition pledged that there would be a new ice-breaker and a new era for Australia in Antarctica through a 20 year Strategic Plan – both have now been delivered.

Modern, sophisticated research and transport systems are critical to Australia continuing to lead a world-class Antarctic programme into the future and to maintain our position as a leading Antarctic nation.

Our plan is about bringing people from around the world to study, to be engaged and to be involved in the great scientific tasks in the Southern Ocean and Antarctica.

A major outcome of the visit to Antarctica was an agreement with New Zealand to conduct joint research on whales in Antarctic waters.

The Australian Antarctic Division will join with Antarctica New Zealand and New Zealand’s National Institute of Water and Atmospheric Research, which is leading a six week research voyage in the Southern Ocean this summer that will study endangered whale species.

The Government has committed $1.1million to the research voyage.

The team of international scientists will use underwater acoustic technology to listen for humpback and Antarctic blue whales around the Balleny Islands and in the Ross Sea.

The research will seek to investigate whale ‘hot spots’ in the region, as well as to gather critical information about the populations, abundance and distribution of whales, particularly the endangered Antarctic blue whale.

We believe that all information necessary for the contemporary conservation and management of whales can be obtained using non-lethal research methods.

The Government has also delivered on its election commitment of $24million over three years from 2014-15 for a new Antarctic Gateway Partnership between the Australian Antarctic Division, the University of Tasmania and the CSIRO.

This paves the way for Hobart to become the global Antarctic gateway.

Antarctica is a special place and we are committed to protecting it long into the future.