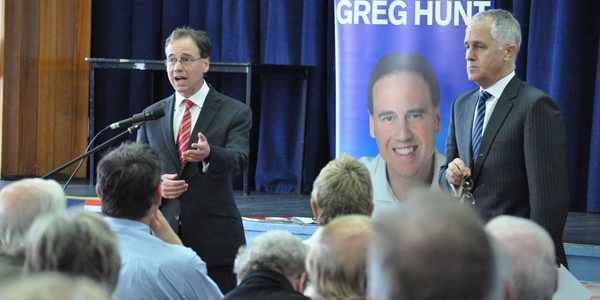 The Coalition will target mobile phone black spots such as the Mornington Peninsula with a new $100 million policy.

The plan will fix mobile black spots across rural and regional Australia, including $20 million earmarked to address unique mobile coverage problems – such as locations with high seasonal demand.

This is a much-needed initiative for the Mornington Peninsula. During peak holiday season the Peninsula’s mobile phone network is often unable to cope with demand, resulting in communications blackouts.

The Peninsula is one of the most bushfire-prone areas in Victoria. Having large numbers of people in a high fire danger area with failing telecommunications is a recipe for disaster.

Local telecommunications have been one of the most common areas of concern for residents contacting my office and I have been working closely with the Peninsula’s CFA brigades on tackling the issue of mobile phone congestion over summer.

Last September close to 270 local residents vented their frustration at my community meeting in Rosebud with the Shadow Minister for Communications and Broadband, Malcolm Turnbull.

The Coalition has listened to community concerns and has pledged to bring the National Broadband Network (NBN) to the Peninsula faster and more cost-effectively – by 2016 at the latest.

If elected, a Coalition government will fund up to 50 per cent of the cost of deploying mobile black-spot solutions. Our policy will seek to maximise the contribution of mobile phone network providers, as well as maximising the economic and social benefits.

A Coalition government will partner with local communities, state governments and telecommunications companies to ensure that the total new investment in black spots is far greater than our $100 million commitment.

This policy will provide $80 million for a Mobile Network Expansion Programme that will improve mobile phone coverage along major transport routes, in small communities and in locations prone to experiencing natural disasters.

The Mobile Network Expansion Programme is expected to generate at least an additional $80 million investment from the major mobile phone carriers.

A further $20 million will be provided for a Mobile Black Spot Programme to address unique mobile coverage problems – such as locations with high seasonal demand – and deliver a targeted response.

The Coalition will also work with the NBN, a company fully owned by Australian taxpayers, to co-locate new mobile phone base stations with many of the NBN’s fixed wireless broadband towers that are being rolled out across regional Australia – a sensible solution that has not happened under Labor.

The last Coalition government made the elimination of mobile phone black spots a national priority. However, Kevin Rudd abolished the Coalition’s $2.4 billion fund that was put in place to upgrade communications in rural, regional and remote parts of Australia.

The Labor government has wasted billions on uneconomic infrastructure but many Australians still can’t access a reliable mobile phone network.

The Coalition’s policy to tackle mobile phone back spots is part of our Plan to build a strong, prosperous economy and a safe, secure Australia.