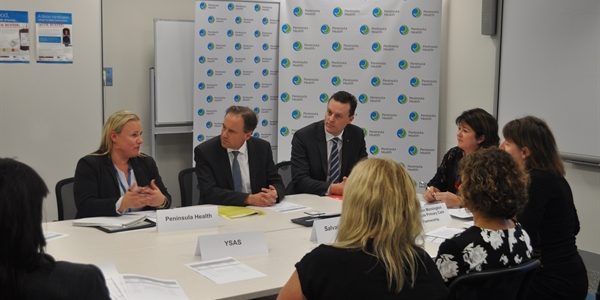 Community groups across Australia are joining forces under a Turnbull Government plan to deliver targeted local action to help tackle drug use and addiction.

In the latest offensive against the scourge of ice, the first 40 Local Drug Action Teams have been announced to tackle the challenges being faced by their community caused by ice and other drugs.

More than 160 partnerships have been formed between local councils, service providers, schools, police, sporting groups and non-government organisations to bring these teams together to prevent and reduce the harms of drugs.

Over the next three years, 220 Local Drug Action Teams (LDAT) will be established across the country and supported by the Alcohol and Drug Foundation to develop locally focused and responsive action plans to reduce the impact of drugs, with a particular focus on the drug ice.

The Turnbull Government is providing $19.2 million funding to the Alcohol and Drug Foundation for the LDAT program.

These teams will be focused on delivering local health promotion, community-led education and mentoring programs, early intervention and prevention programs, and providing support for vulnerable people to minimise their risk of alcohol and other drug related harms.

This initiative is part of the Turnbull Government’s investment of $298 million investment over four years to combat illicit drug and alcohol use.

Australians are proportionally using more methamphetamine, including ice, than almost any other country. Conservative estimates suggest there are more than 200,000 ice users in Australia.

We have already made significant investments in policing our borders and our streets to combat the supply of ice. The AFP has seized over 12 tonnes of methamphetamine since January 2013.

But we cannot simply arrest our way out of the ice problem – we must also work to reduce the demand for this drug.
The roll out of Local Drug Action teams was a key action under the National Ice Action Strategy in response to the recommendations of the National Ice Taskforce, to increase community engagement and action to reduce the harms of drugs.

The toolkit is available online at cracksintheice.org.au and provides tailored information for community groups, families and friends of individuals using ice, parents, teachers and students, as well as frontline service providers.

We also recently extended the successful Good Sports program and over the next three years, around 1,200 community sporting clubs will now be able to access support to manage illegal drug issues within their clubs.

For more information about Cracks in the ice, visit: www.cracksintheice.org.au