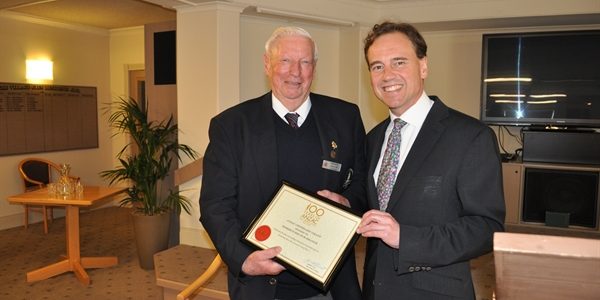 Mr Hunt said he was delighted to present the awards, which would honour the nation’s war heroes.

“These grants present an opportunity for our community groups to honour our war heroes in a way that is fitting to the local area, whether it is by creating a memorial or event to commemorate a centenary since the start of World War I,” Mr Hunt said.

“The Village Glen Anzac sub-committee is delighted to have received the government grant of $3,000, which will enable us to proceed with our plans to erect a permanent memorial for the centenary of the Gallipoli landing,” he said.

“The memorial will comprise a large rock set with a plaque and will be erected at the entrance to our Clubhouse where we hold our annual Anzac Day Commemorative Service.”

Mr Hunt said the Centenary of Anzac would be the most significant national period of commemoration in our nation’s history.

“The Anzac Centenary Local Grants Program gives community members the opportunity to honour the service and sacrifice that epitomises the Anzac spirit,” he said.

“We have reason to be proud of the bravery and courage of our Australian troops. The loss of more than 60,000 Australian lives in World War I from a total population of less than five million at that time meant that few, if any, Australians were left untouched by the devastation of the war.

“Many soldiers returned home to resume their lives of work and family, even though they bore the scars of their wartime service, in body, mind and soul.”

“These grants will serve to commemorate the Centenary of Anzac and preserve the memory of those who so valiantly fought for our country,” Mr Hunt said.

“It is fantastic to see local schools getting involved in the commemorations and honouring the spirit of the Anzacs through artwork and memorial plaques.

“Many of the projects awarded through the Anzac Centenary Local Grants Program will become permanent tributes to those servicemen and women who were involved in WWI.

“I look forward to seeing them all completed.”