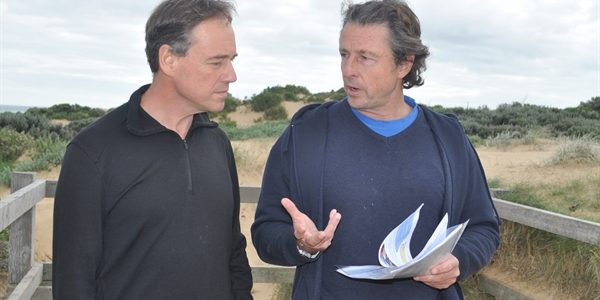 Developed by the Clean Ocean Foundation, in collaboration with the States and Northern Territory as well as the water authorities, the National Outfall Database (NOD) will facilitate data sharing between all parties.

Funded with $400,000 from the Australian Government, this project forms the basis for national collaboration between communities, scientists, water authorities and government agencies with the aim of working together to reduce the pollution to our marine environment.

This will allow for better infrastructure planning and decision making that will benefit community members and the marine environment.

The NOD provides the crucial first step to cross-institutional data sharing and will be a vital resource for governments and the community alike.

Citizen scientists have played an important role gathering data that is included in the NOD.

This important research will continue to monitor the impact of sewage on Australia’s marine biodiversity and ecosystems.

Led by the Wonthaggi-based Clean Ocean Foundation, the project is part of a body of research by the Marine Biodiversity Hub under the National Environmental Science Programme (NESP).

The Marine Biodiversity Hub, funded with $23.88 million from the National Environmental Science Programme, is conducting research in Australia’s temperate marine waters to help manage and protect our coastal and marine environments.

The National Environmental Science Programme focuses on collaborative, practical and applied research that informs on-ground action. The Australian Government is committed to integrating science into decision-making in good environmental policy.

Since achieving its goal of upgrading the Eastern Treatment Plant that discharged at Gunnamatta, the Clean Ocean Foundation has been steadfastly focused on addressing outfalls nationally.