COALITION PROMISE TO ALL LOCAL SCHOOLS: WE WILL MATCH FUNDING 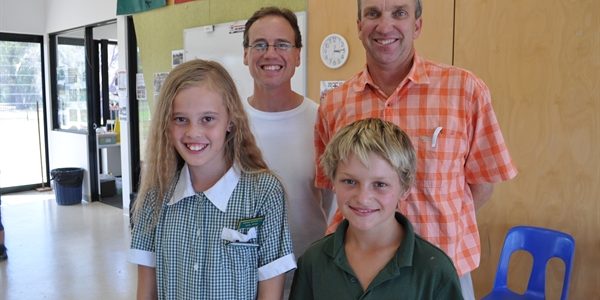 A Coalition government will provide all local schools with funding certainty and honour all commitments for the next four years.

There are more than 50 schools in the Flinders electorate, ranging from Sorrento Primary on the southern Mornington Peninsula to Cowes Primary on Phillip Island.

All of the electorate’s schools will have the certainty of knowing that the Coalition will match the dollar-for-dollar commitments already made by the government to schools over the next four years.

While the Rudd-Gillard Government has made a mess of school funding arrangements with seven different Gonski deals in place, we know that schools and parents need certainty.

The announcement by Tony Abbott means that if elected, a Coalition government will:

Most importantly of all, local schools will have funding certainty but without a national takeover of schools.

A Coalition Government will work co-operatively with the States and Territories to deliver a better education system.

I want all of our local schools to deliver better quality education through better teaching, better teachers, more community engagement, and more principal autonomy as well as through fair funding.

$24 million for Telehealth to Support GPs, Specialists and their Patients to Stay Connected, and Over 20 million Units of PPE
16 January 2022
$10 million Boost to Increase Participation in Cancer Screenings
15 January 2022
Go to Top