Hunt is on to help spot youth depression 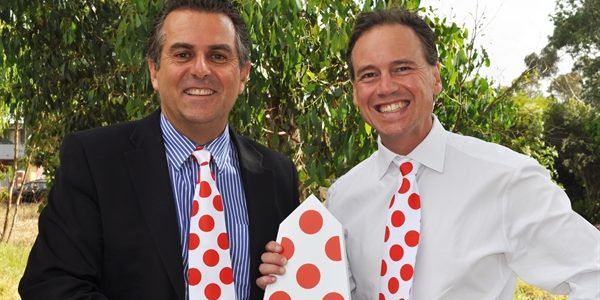 Federal Environment Minister and Member for Flinders Greg Hunt has made a bold move to become a patron for the Ties For Lives foundation.

Ties for Lives provides support to young people in the community by identifying the early signs of depression and anxiety.

Mr Hunt said he was happy to support such a valuable initiative.

“As a Patron, I have committed to be an advocate on a local and national level for the important work the foundation carries out,” he said.

Ties for Lives raises awareness of youth mental health issues through its evidence based SPOTa program, which helps young people and their families Spot the early signs of depression and anxiety and assists people to get help.

“If we can make friends, family and the community aware of how they can spot early signs this will assist significantly with treatment and social recovery.”

According to the World Health Organisation, at least 350 million people live with depression. It is the leading cause of disability worldwide and is treatable, but most people with depression do not receive the care and support they need.*

A survey released recently by Communities That Care shows that around 30 per cent of Year 9 students have depressive symptoms.

“I encourage people to help improve youth mental health by making a donation to Ties for Lives or by getting involved in their local community initiatives,” Mr Hunt said.

To support the SPOTa program, public donations can be made through www.SPOTa.org.au