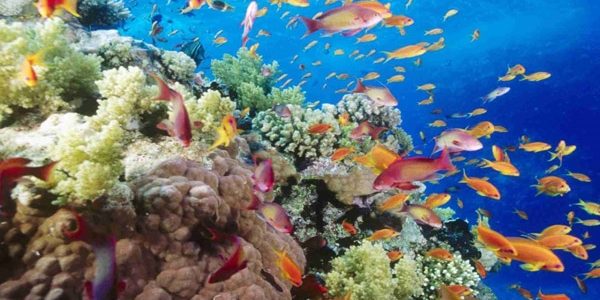 Regulations to implement the Coalition’s historic ban on the disposal of capital dredge material in the Great Barrier Reef Marine Park have been signed off by the Government.

I have formally approved an amendment to the Great Barrier Reef Marine Park Regulations to put an end to this century-old practice once and for all.

This is another major milestone in strengthening our management of one of the world’s most priceless natural assets through greater legal protection.

In finalising the new regulations, the Government has taken into account more than 7000 submissions received as part of a thorough consultation process.

The ban applies to all past and present permits and future applications for capital dredge disposal. This will help to reduce cumulative pressures on this vast and spectacular ecosystem and aid in improving its health and resilience.

There will be zero capital dredge disposal in the entire 344,400 square kilometre Marine Park – this covers 100 per cent of the area under Commonwealth legislative control and 99 per cent of the World Heritage Area.

This will be complemented by the Queensland Government’s commitment to also ban the practice in the remaining 3000 square kilometre area that includes port areas, and falls outside of the Marine Park under Commonwealth control.

Together, this means no capital dredge disposal can occur in any part of the World Heritage Area.

We inherited five major proposals from Labor to dispose of dredge spoil in the Marine Park. Since coming into Government, we have reduced this to zero.

Protecting the Reef’s immense biological, cultural and heritage values is a top priority for the Coalition Government and we continue to build on our suite of protective measures.

The ban on capital dredge disposal in the Marine Park follows the release of the Reef 2050 Long-Term Sustainability Plan, which will help to directly address threats to the Great Barrier Reef.

The Reef 2050 Plan charts the way forward for investment in Reef protection, which will amount to more than $2 billion over the coming decade by the Australian and Queensland governments.

The Great Barrier Reef still retains the outstanding universal value for which it was listed as a world heritage property in 1981, and we are demonstrating our determination to ensure this remains the case for future generations.