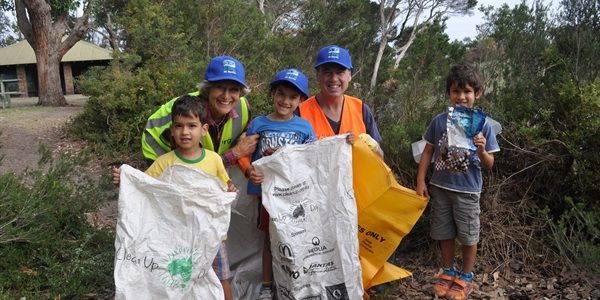 Federal Environment Minister and Member for Flinders Greg Hunt joined the Balcombe Estuary Reserves Group to clean up the waterway as people around the country rolled up their sleeves to take part in Clean Up Australia Day.

“Today individuals, families and volunteer groups have come together to tackle waste and remove litter in the community,” Minister Hunt said.

“The Balcombe Estuary Reserves Group is a passionate group of people who are committed to protecting our local environment and making Mount Martha safe and clean for everyone to enjoy,” he said.

Minister Hunt said the Coalition Government was a strong supporter of Clean Up Australia Day.

“The Australian Government supports the fantastic work done by the Clean Up Australia campaign with $300,000 over three years in funding from our National Landcare Programme,” he said.

“This is the next generation of environmentalists and I know they will be the ones to continue the good work that has already been achieved in conservation and waste management.”

Last year’s Clean Up Australia Day was a great success with more than 533,500 volunteers across Australia collecting over 13,708 tonnes of rubbish from clean-up sites across the country.

“This is a fantastic effort and it shows that by working together we can make a real difference to keep Australia clean,” Minister Hunt said.

“This year we have seen a lot of new faces joining forces to help clean up, especially the younger generation and it is fantastic to see so many people getting behind this initiative.”