Over $485 million in Reef investments this year 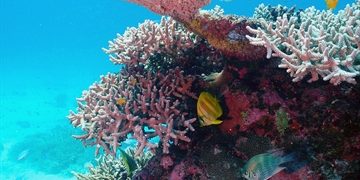 Investment by the Australian and Queensland Governments, industry and the community in the Great Barrier Reef exceeded more than $485 million in 2014/15 alone, according to the new Investment Baseline released today.

Deputy Premier Trad made the announcement today during her intervention at the World Heritage Committee in Bonn.

The Baseline is being released ahead of schedule as a major component of our response to UNESCO, and is a joint Commonwealth and Queensland project.

The Baseline demonstrates the breadth of sustained and substantial investment across the Great Barrier Reef and its catchments and shows how Australians are working together for the benefit of the Reef.

The Investment Baseline, a deliverable under the Reef 2050 Plan and a precursor to the Investment Framework due later this year, illustrates that government investment is substantially leveraged with further contributions from individuals and the private and research sectors.

The important thing about this Investment Baseline is not just the size of the overall financial effort for the Reef, but where the investment is coming from – three levels of government, land owners, traditional owners, scientific agencies and private companies.

While figures will vary year to year and over time, the report provides an important focus for future investments and priorities to ensure that investment delivers on the priorities in the Reef 2050 Plan.

This prioritisation process will be informed by science and advice from partner groups including the Independent Expert Panel led by the Chief Scientist of Australia, the Reef 2050 Advisory Committee and Queensland’s water quality task force.